You may think you can either have interior design done well, or you can have it done fast. But a recent home renovation carried out in Dallas’s tony Highland Park neighborhood makes a compelling case that maybe, in the right hands, you can have both.

The 6,500-square-foot Federal-style house received a facelift around the turn of this century. Flash forward to today, and its new owners decided it was in need of some decorative touch-ups as well as some strategic thinking around how to integrate the family’s museum-worthy art collection. Enter interior designer Chad Dorsey, who helped transform the 100-year-old home for a family of recent Manhattan transplants.

But, in spite of pandemic-related supply-chain delays—when lead times can reach nine months or more—it would have to be fast. “Given the fact that my daughter was already a sophomore in high school at that time, we knew we didn’t have a two- or three-year timeline to work with,” the client says.

Years? Try months: After arriving in Texas in September 2020, the family needed to be moved in within five months. That left only around four weeks for a design concept, and an additional four months to pull it all off. “Even under the best of circumstances, getting the project done in that time frame is a challenge. And, clearly, we weren’t operating under the best circumstances,” the client says. Fortunately, Dorsey understood the situation from day one.

“Sometimes the deadline helps you,” Dorsey says. “It was a big design exercise in looking for things that we could get within a three-month window.” Where some decorators might have been pulling their hair out, Dorsey describes the experience as “actually kind of fun.” With the race officially on, Dorsey leaned into strategies like shopping vintage, where pieces are often available immediately. (1stDibs was a favorite resource.) “It was about found pieces that were very special,” Dorsey adds.

It helped that the family already owned some phenomenal items of their own: tables by Zaha Hadid and Marc Newson; art by Andy Warhol, Julie Mehretu, Ugo Rondinone, and more. As those pieces might suggest, the client’s tastes skewed modern—they weren’t “into pottery or anything like that,” as Dorsey tells it. Fittingly, the furnishings followed suit: De Sede sofas; lighting from Gabriel Scott, Allied Maker, and the Urban Electric Company; and stools and chairs from Maison Gerard were all brought in.

The biggest task at hand was the overhaul of the galley kitchen, a relic of the home’s previous empty-nest owner, who was often on the road. “For us, it’s a family dinner and hangout space,” the homeowner explains. Therefore, a number of first-floor areas—the mudroom, cooking zone, and breakfast nook—were combined into one open and bright kitchen during a second phase of the renovation.

A welcoming atmosphere extends throughout the ground level, where public areas—including a sitting room and burnt orange bar room—are stationed. The dining room is where the Zaha Hadid table gets a starring role, thanks in part to an invisible intervention from Dorsey: To counter the platform’s naturally sloping surface, the designer fashioned a glass top that keeps plates, glasses, and silverware from sliding.

The high-ceilinged upstairs bedrooms are similarly filled with furnishings by A-list designers and famous artists—Kelly Wearstler and Sol LeWitt, for starters. Yet there are also more attainable pieces, like a Room and Board bed in the guest room, that hit the mark in terms of both attractive design and accessibility.

As a whole, the project retains the qualities the client says he sought out in his choice of an interior designer—a contemporary sensibility and abiding sense of comfort. Even among Warhols, LeWitts, and statement-making Italian sofas, Dorsey says, “they wanted it to be livable.” 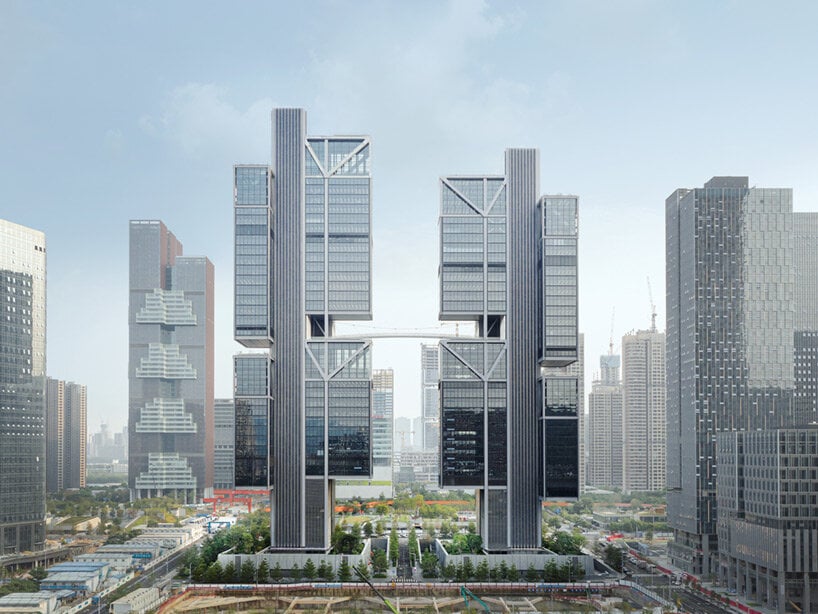